Jump to a Section

Siemens IT Solutions and Services (the unit was since bought by EOH), at the time a national IT outsourcing brand,  based in Midrand, Johannesburg, South Africa, had a contractual obligation to their large clients, some of which were governmental, to:

a) Measure customer satisfaction levels, and

Their auditors required work around the customer satisfaction process, which was new and ineffective, only yielding on average, seven responses per month.

Siemens IT Solutions and Services needed guidance as to how to improve their survey responses, as well as using user feedback to drive continual service improvements throughout the organisation.

Siemens IT Solutions and Services had implemented a customer satisfaction survey process for their IT Service Desk, but their customer’s users were not responding and as a result, the company had no way of gauging how they were doing in terms of the IT outsourced service they offered.

In fact, on average, they had a scant seven (out of thousands of users), completing the customer satisfaction survey every month.

The company’s strategy at the time, was to call and apologise to those seven users if they had given a poor rating, but nothing further was done to prevent repeating the same mistakes.

The company didn’t know how to get more users to complete the surveys, and further, although the Operations Managers would receive a copy of the Corrective and Preventative Report for each user who provided feedback, and were responsible for taking action, most of the action taken was superficial at best, and the root causes were not addressed.

This resulted in the same mistakes being repeated. And therefore, users experienced the same frustrations over and over again.

Siemens IT Solutions and Services, like most technical outsourcing providers, consisted of a staff of highly technically minded employees who did not understand the concepts of marketing and customer experience.

The company needed help from someone who would have the ability to understand the technical side, as well as the soft side, and then analyse the process and improve it so that continual improvements would be made, to keep the auditors satisfied, and retain clients when contracts came to an end.

Siemens IT Solutions and Services employed a customer experience consultant who took over the process.

In-depth analysis was conducted around the process that was currently in place, and how it could be streamlined, improved and optimised.

This is what the original process flow looked like:

Starting in the Marketing Department, the user would submit feedback. A staff member in Marketing would contact the user, and complete the auditor-mandatory Corrective and Preventative Report, which would be sent to the Operations Manager to keep on record.

Finding #1: the process was owned by the wrong deparment

Although the Marketing Department and Operations was part of the process, both should not have owned it.

This is because Marketing needed to be in charge of the survey design and the communication aspects of the survey process, but certainly not the entire process.

And… the survey design was one of the biggest problems.

The Operations Department owned the survey design, and being technically minded, IT peeps have their own kind of personalities going that the rest of us don’t always understand. They are technically-minded and have no time for frills or fuss.

Their strengths lie in engineering, not service. Many people who are technical struggle with the aspects of human emotion.

Technical people are not service people because of the way their brains are wired.

Finding #2: the email asking for feedback was technical and boring

So when the survey link pitched up in the user’s email inbox, the subject header would look something like this:

A survey with an email subject header like this one is not likely to get a response.

This subject header of the email asking for feedback about the user experience, was problematic for these reasons:

If the user had gone so far as to open the email, they would have found this uninspirational wording:

Again, the email body was not user friendly and certainly did not entice anyone to click on the link in order to complete the survey.

Finding #3: the people managing the process lacked the right skills

The person who had been managing the process in the Marketing Department lacked the right front-end skills.

Anyone contacting end-users needs the right training, especially when dealing with irate people – and this skill should not be the responsibility of Marketing.

Finding #4: nothing was done to drive continual service improvements

In addition, although an apologetic call to someone irritated with poor service does help, it can actually detract from its purpose, because when an end-user does not feel as if anything is being done about their suggestions or complaints, they will stop taking the time to provide feedback.

As for the Corrective and Preventative form being used (solely to placate the auditors), it was too cumbersome and but for being mere paperwork, did not serve a purpose.

There was no tracking or trending mechanism. When the form had been completed by the Service Operations Manager, the process was allowed to end there. There was nothing in place to use the feedback they were getting in order to drive continual service improvements.

#1: The email and survey form was changed

Under the advisement of the customer experience consultant, the subject heading was changed and the email as well as the survey form were made more user-friendly and fun to receive, and to complete.

The branding of the form was also non-existent at the time, so that was changed to better reflect the Siemens brand.

A tagline on the side was introduced to reinforce the message that their IT service provider cared:

Now, instead of seeing a boring, plain text screen, the user would see this when they opened the email that requested their feedback.

This is the form where users could rate their service experience.

Very importantly, a strategy was put in place to start promoting the completion of the survey every time a user’s call was resolved. The strategy included:

Not every part of the process was automated

Further, the Operations Team set up an in-depth, intelligent report that worked with the IT Service Desk system (Remedy). Key here, was that it was recommended that the company not automate all the steps. Keeping certain elements manual, the process could be customised, so that the company would not lose the customer service experience, but at the same time, could still track all actions.

This was where the real power of the process lay, because users felt heard and that the company genuinely cared about making their lives easier.

With the new customer satisfaction survey process, not only could Siemens IT Solutions and Services use feedback to address the root cause of problems, but could also push compliments into employee KPI’s, boosting staff engagement levels. To boot, feedback also drove training initiatives.

The process continued below: 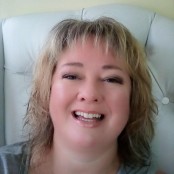 Author: Claire
Not just a writer, Claire specialises in increasing your website traffic and online sales through the use of smart, search engine optimised content that is targeted towards a certain audience. She specialises in compiling online content for SaaS, Telecoms, small business and marketing. Claire comes from a background in marketing and service operations analytics focusing on the customer experience.